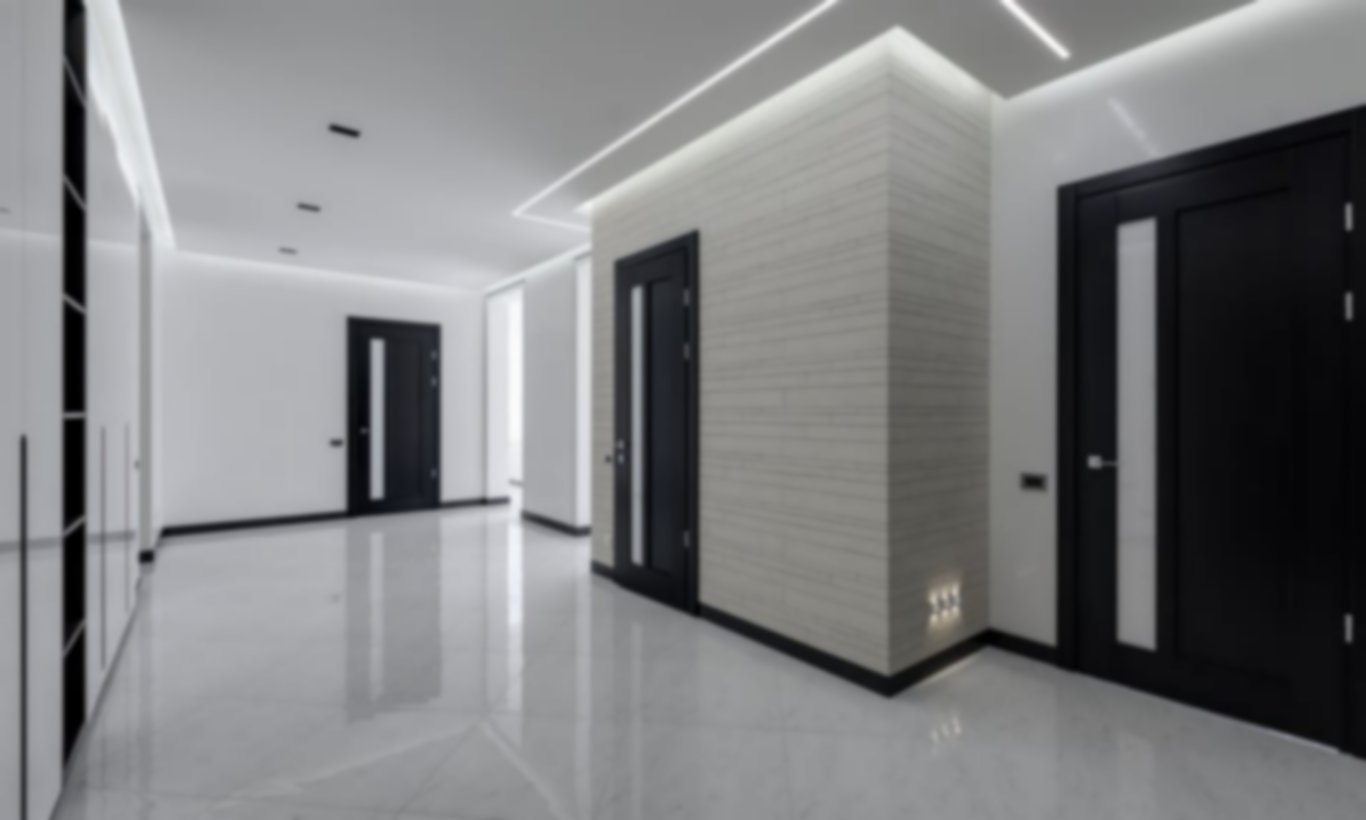 Main page The necessary information Marijuana and epilepsy. What are the benefits of marijuana use?
11 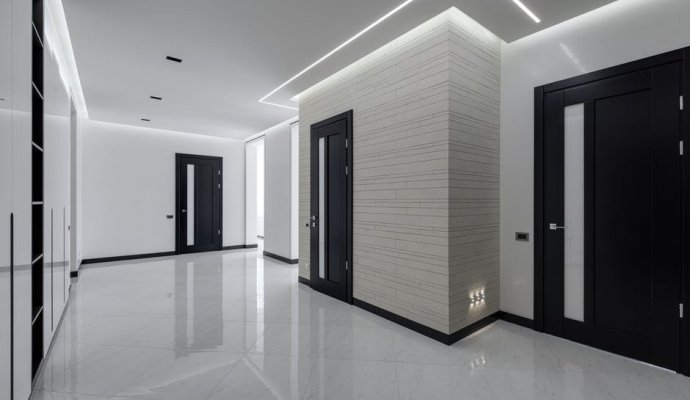 Medical marijuana has become a common alternative for patients suffering from ailments on a well-established list created by the Department of Health. Unlike many other chronic diseases that can be controlled with readily available medications, epilepsy requires specialized products that are not found in every pharmacy. That's why cannabis, specifically its chemical component CBD (cannabidiol), has become so important to families struggling to treat their loved ones' epilepsy. Cannabis has shown a lot of promise in the treatment of epilepsy, but it's worth highlighting three that have the potential to save a patient's life.

What is epilepsy and why is it dangerous?

Epilepsy refers to a group of disorders characterized by recurrent epileptic seizures, which may or may not be convulsive. Approximately 60% of all epileptic seizures are convulsive, meaning that they manifest as rapid, involuntary muscle contractions that can cause the entire body to bend or twitch uncontrollably.

Both convulsive and non-convulsive epileptic seizures are generated by excessive neuronal activity in the brain. Severe and prolonged seizures can cause damage to brain tissue, especially in young children in whom the organ is still developing. Seizures also cause physical injuries, ranging from minor wounds such as biting one's tongue to significant damage to one's health. Marijuana and cannabis-based drug therapies have been shown to have beneficial effects on many types of epilepsy. So how can marijuana help epilepsy patients?

The anticonvulsant effects of marijuana

As we have already written - 60% of epileptic seizures are convulsive in nature. Consequently, more than half of all epileptic patients have to deal with situations where their body makes completely uncontrollable movements and they are unable to help themselves in any way. Currently, there are six types of epileptic seizures and this means that the patient's body can react in different ways - some people experience speech loss, others tense muscles and others experience severe convulsions. The most dangerous thing about epileptic seizures is their randomness. They may occur in a dangerous environment - e.g., on the street or while performing simple activities that nevertheless require caution - such as cooking. In addition, a person who falls to the ground may suffer a range of injuries, from minor bruising to broken bones to a shattered skull. In addition, some types of seizures cause respiratory arrest, as a consequence of which the patient suffocates, which can be the immediate cause of death.

The anticonvulsant properties of marijuana have been known to man for centuries. Cannabinoids were studied for their anticonvulsant properties by modern scientists as early as 1947. The first serious results are considered to be those of 1974 developed by experts at the University of Sydney. They showed that delta-9-THC given at a high dose had an anticonvulsant effect on mice in which seizures were induced by subjecting them to chemical and electrical shocks. After a few years, it was noted that CBD increased the effect of THC, but researchers did not import the effects of this non-psychoactive cannabinoid alone.

Since then, various studies have shown that CBD actually has remarkable properties, including being able to stop severe epileptic seizures on its own. A 2001 analysis found that delta-9-THC, synthetic delta-9-THC, and WIN 55,212-2 act by operating on the CB1 receptor. CBD, on the other hand, exerts its effects through various means and does not use the CB1 receptor but acts as a weak antagonist. Due to the effect of CB1 receptors on the central nervous system, delta-9-THC can actually cause seizures in rare cases, while according to researchers CBD does not cause such an effect due to its independent mechanism of action.

Recent studies suggest that the CBDV (cannabidivarin) contained in hemp is the best natural and common anticonvulsant. CBDV, like 100 other cannabinoids, has no psychoactive properties, only therapeutic ones. Scientists have been conducting experiments on animals for many years, and in 2012, they decided to administer the specific to a small research group. More than 70% of people taking part in the study did not have a single epileptic seizure during the experiment, while others had much milder ones.

The exact process used by CBD when controlling epileptic seizures has yet to be determined, but it is proving to be very effective in treating various types of epilepsy, including Dravet syndrome that occurs in young children. The widespread availability of medical marijuana is desirable insofar as, as a potential drug, it does not exhibit any psychoactive effects, an achievement that all chemical anticonvulsants cannot boast of.

In 2008, a study published in the journal Nature found that patients suffering from temporal epilepsy appear to have a dysfunctional endocannabinoid system. As the name suggests, epilepsy affects the temporal lobe in the brain and usually triggers non-convulsive seizures that affect sensory input (visual, auditory, olfactory or even gustatory), although in severe cases they are able to develop into muscle dysfunction.

A common cause of epileptic seizures is overexcitation of neurons in the brain. Depending on which sector of the brain there is pathological activity, this type of epilepsy will occur. In healthy individuals, the endogenous cannabinoids anandamide and 2-AG play an essential role in regulating the level of neuronal excitation, and thereby reducing the likelihood that any overactivity will be triggered. Conversely, in patients who have a dysfunctional endocannabinoid system, cannabis and cannabis-based drug therapies can actually target the cause of epilepsy and provide a neuroprotective effect that reduces the frequency and severity of symptoms of the disease.

It has also been shown that in patients with epilepsy, imbalances in the endocannabinoid system increase the frequency and severity of seizures

In very severe cases of epilepsy, an epileptic state can occur. It includes the appearance of epileptic symptoms that last for five minutes or more each or occur with a frequency greater than that of an epileptic seizure (i.e., more than once every five minutes), with no return to full consciousness in between. If a patient does not receive immediate medical care during the onset of an epileptic condition, the prolonged phase of abnormal brain functioning can lead to brain damage and even death.

Status epilepticus is usually treated with benzodiazepines and barbiturates - both classes of drugs are well known for their often debilitating side effects and are far from being defined as fully effective specifics. There is evidence that cannabinoids such as anandamide, WIN 55,212-2, delta-9-THC and its synthetic version, may provide better protection against the onset of this dangerous condition. A 2006 study published in the Journal of Pharmacology found that WIN 55,212-2 (a chemical described as an aminoalkylindole that produces effects similar to those obtained through tetrahydrocannabinol (THC), but has a completely different chemical structure) showed the ability to completely stop all seizure activity, including longer episodes associated with the epileptic condition. The researchers also emphasized that WIN 55,212-2 performs much better in suppressing epileptic conditions than phenytoin or phenobarbital.

Because of this and the research over the past few decades, it has been established that CB1 receptor agonists are essential for controlling seizures and preventing the onset of an epileptic state. It has also been shown that in patients with epilepsy, imbalances in the endocannabinoid system increase the frequency and severity of seizures. In turn, as we pointed out earlier - the psychoactive components of marijuana can also become the cause of epileptic seizures depending on the type of disease and many other factors.

Thus, it is clear that both delta-9-THC and CBD play an important role in the treatment of epilepsy, and in particular in controlling epileptic seizures. However, the respective mechanisms of action of both of these marijuana constituents are not fully understood, especially in the case of CBD, which exerts its effects through agents that are independent of major cannabinoid receptors. CBD products, however, are seen as the safer ones because of their therapeutic rather than psychoactive effects.